As we near the one-month anniversary of the launch of Outriders, People Can Fly and Square Enix have released what stands as the biggest update for the game so far. With that in mind, this latest patch contains more bug fixes, gameplay changes, and quality of life alterations than you would probably expect.

To somewhat quickly breakdown the numerous changes that have been found in this new Outriders update, Square Enix has specifically said that this patch should fix the most annoying problems with the game. Namely, if you’re someone who has been seeing frequent crashes or hasn’t even been able to sign-in to play at times, these issues should now be diminished.

In addition to this, a ton of balance changes have also been made. Not only has every class within Outriders how been tweaked in some small way, but enemy AI has been altered as well. Perhaps the biggest change in this regard comes with snipers, which now won’t fire so quickly. Essentially, many of the most obnoxious problems with the third-person shooter seem to have now been fixed, which is good news for those still playing the game routinely.

Outriders is available right now on PlayStation 4, PlayStation 5, Xbox One, Xbox Series X, and PC. If you’d like to find the full patch notes for today’s update, you can read them below.

General Resolutions and Changes that apply to ALL Platforms (unless stated)

Multiplayer Resolutions & Changes that apply to ALL Platforms (unless specifically stated)

Gear, Skills & Mods Resolutions that apply to ALL Platforms (unless specifically stated)

Enemy, Boss and NPC related Resolutions that apply to ALL Platforms (unless specifically stated) 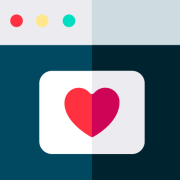